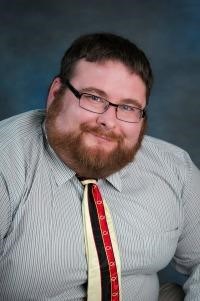 
Pastor Andrew (Andy) Lindke was born in Ottawa, Ontario. Canada on January 27th, 1984. He was baptized in the name of the Triune God at Divine Word Evangelical Lutheran Church of Barrhaven, Ontario. For the next 13 years of his life he would call Barrhaven his home. He is still has dual citizenship in both Canada and the United States of America.

In March of 1997 his father, Rev. Allen Lindke (retired), accepted a Call to serve as Pastor at Mt. Sinai Evangelical Lutheran Church of Montrose, Michigan. There Pastor Lindke went on to graduate from Zion Lutheran School in Chesaning, before graduating from Michigan Lutheran Seminary in 2002, Martin Luther College in 2006, and Wisconsin Lutheran Seminary in 2010. Pastor Lindke spent his vicar year serving First Lutheran in Aurora and St. Mark in Sutton Nebraska, under Pastor Wayne Oblender.

Pastor Lindke is the 4th of 4 children. He has 3 nephews and 3 nieces. Pastor Lindke got engaged to Madeline (Maddie) Pfotenhauer on January 1st of 2018, and they are planning on getting married this year.

Pastor Lindke is not as much of a sports watcher, though he is officially a Husker fan, since he lived in Nebraska for a year, a Cubs fan, to make his father happy, and a Red Wings fan. He did play high school football and he wrestled. He is much more of a TV and Movie sort of person, as he got into the habit years ago of seeing a movie on the weekends, if at all possible.